All About Internet Speed

If you’re like most people, you may be confused about internet speed. Just how fast does your internet need to be? Will streaming shows and movies work with your current connection? Let’s break this down and make it simple for you to understand.

Internet speed refers to the speed in which the data travels from the web to your device, it is measured in megabits per second (Mbps) One megabit is equivalent to 1,024 kilobits. This would mean 1.0 Mbps is more than 1,000 times faster than 1.0 kilobits per second (Kbps). High-speed Internet provided by most cable companies will have a speed of 30 Mbps.

Yes, this sounds very technical, so let’s look at some examples. This chart was compiled by the FCC as a guide to broadband speeds. 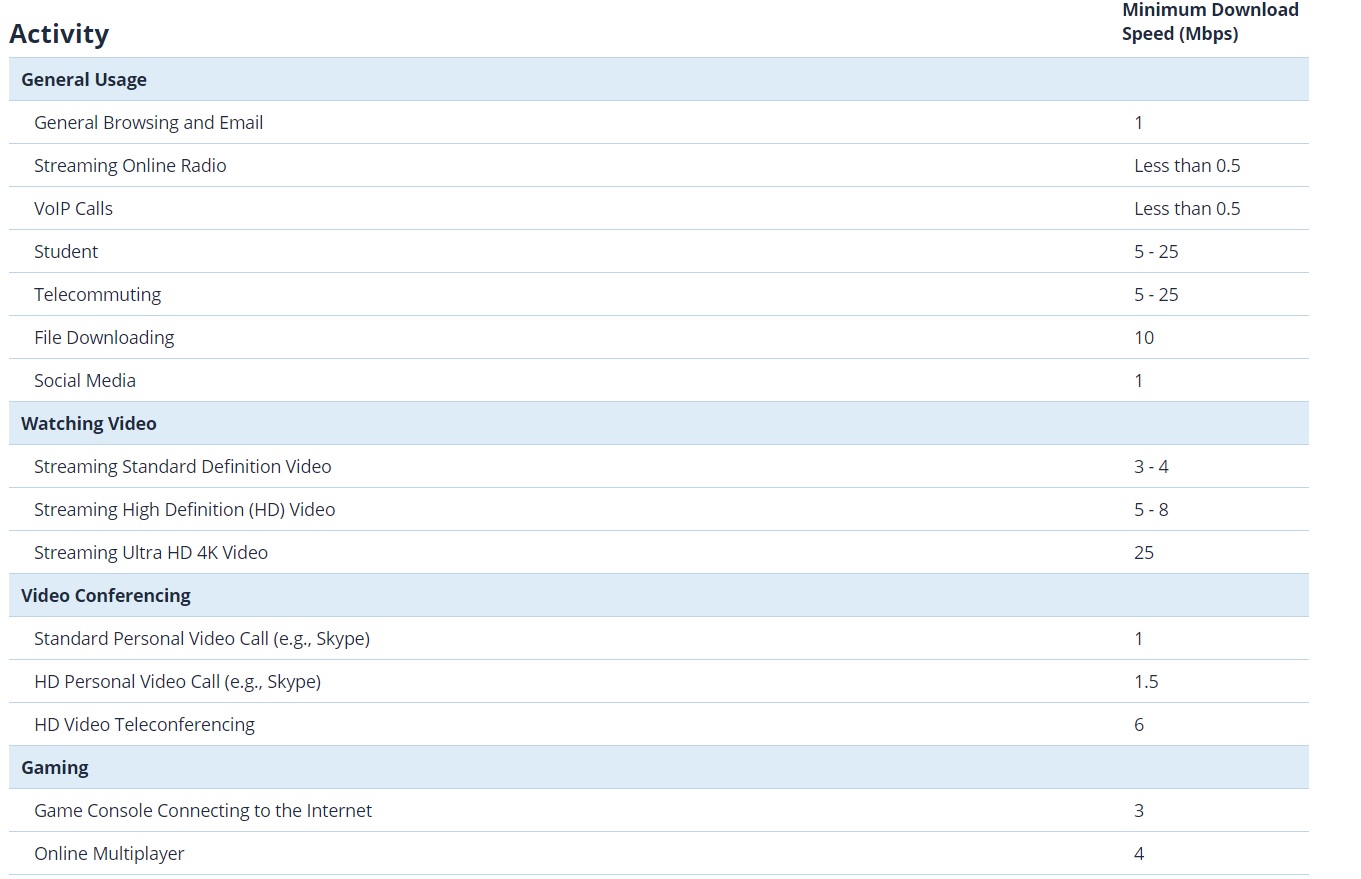 As you can see, streaming HD requires 5-8 Mbps which would be fine with most cable internet providers. You can test your current internet speed here. When you’re ready to cut the cord once and for all and get rid of your cable bill, check out the streaming devices that Dc’s Freestream Now offers.